Our task resides at the heart of the Cardinal Schwarzenberg Clinic during day-to-day operations. On a challenging topographic site, a custom-fit new building will be erected in the coming years, which achieves a unique combination of therapy and diagnostics. The seven storeys of the compact extension provide space for operating rooms, an intensive care unit, a pharmacy, a laboratory, and the pathology and psychiatric departments. The latter is situated on the upper two floors and is centred around a therapy garden bathed in sunlight – a peaceful oasis with views to the sky and mountain range. 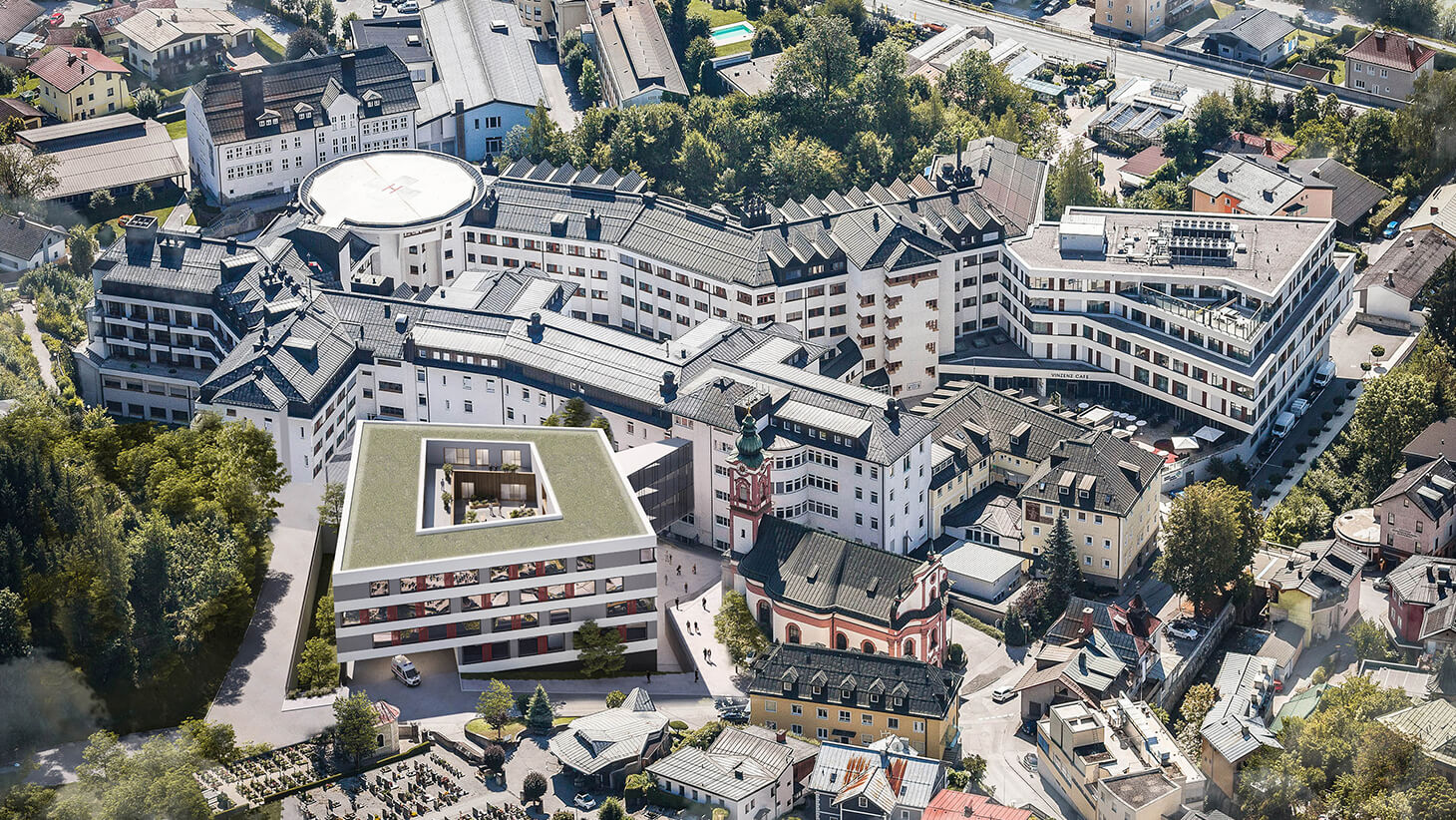 A splendid view to the mountaintops

The order’s hospital of the Sisters of Charity in Schwarzach has continually expanded over the course of many years. The second-largest hospital in the province of Salzburg was in need of more space for modernised operating rooms, a new recovery area, but also a contemporary and close-to-nature conception of the psychiatric department. In collaboration with Maurer & Partner, we will realise a compact new building on the site of the former children’s hospital, which meets the many different demands of daily life in the clinic. The sublevels of the punctiform structure house the building systems and personnel changerooms; the operating rooms are on the first storey with connection to the existing buildings, where the anaesthesiologic intensive care unit is in close proximity. Stacked above are the clinical diagnostics labs, the pharmacy, and the psychiatric department with its ring-shape arrangement of the rooms. The resulting atrium courtyard provides a protected, close-to-nature atmosphere and a sense of community for patients. The rooms are oriented to the outside, offering an open view to the mountain landscape.

Speed is the key

Corridors and bridges on different floors connect the new building to the existing complex in the best possible way, facilitating short distances for the medical staff. With the operating area and intensive care units on one level, patients also profit from the sophisticated design in the event of an emergency.

The new building cleverly uses the slope of the site to fit in aesthetically with the clinic ensemble and the landscape and not appear too massive. At the separate entrance area to the psychiatric ward, visitors are not confronted with a colossal building volume, rather a four-storey structure common for the rural context. The remaining three storeys disappear into the slope and are only seen from the clinic side. The façade of the building also draws from its surroundings: white plaster façades adopt the formal language of the existing buildings, while the subtle colour accents of the windows cite the red tone of the neighbouring church. 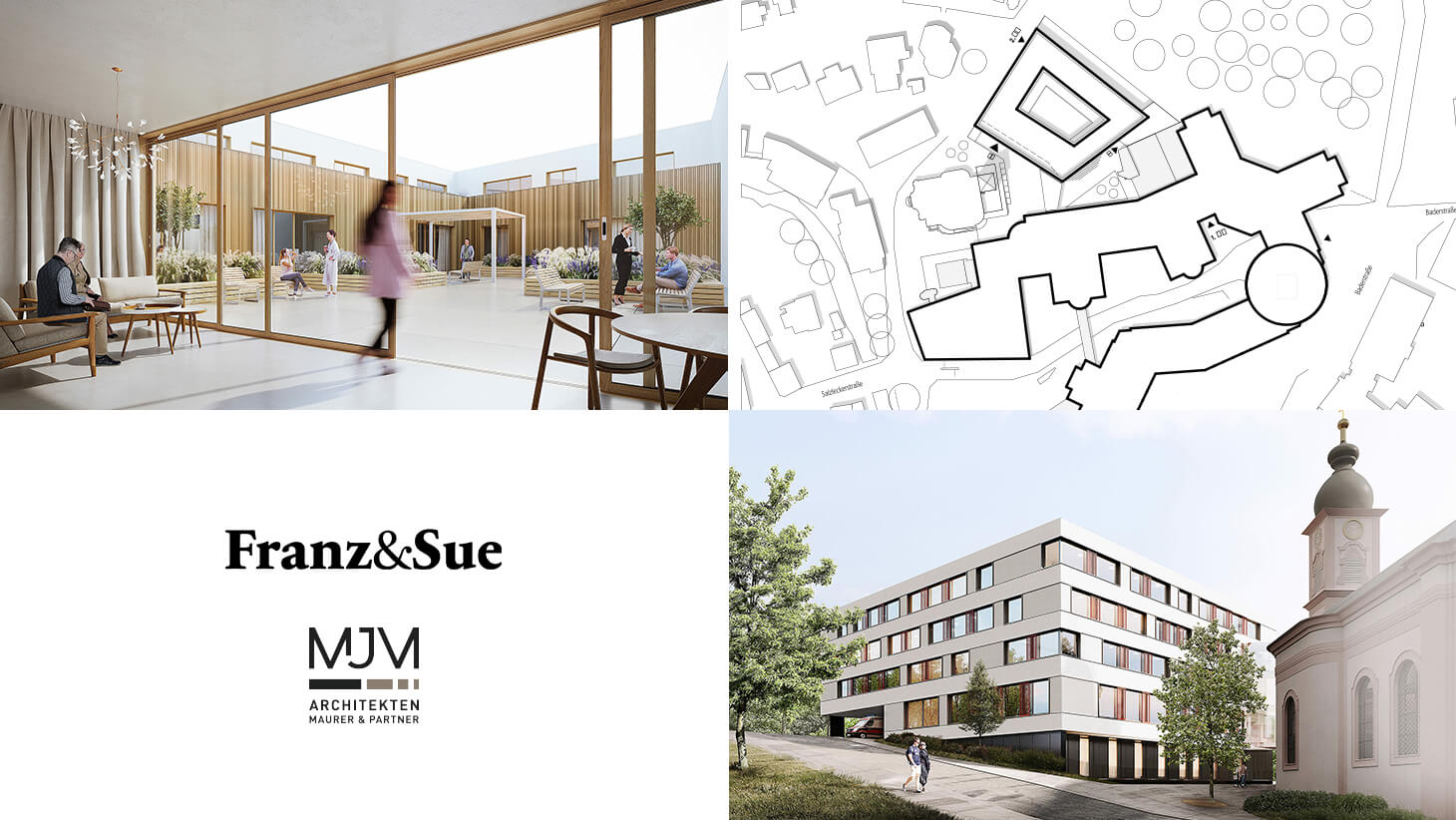 © 2010-2022 Planfred is a product of PLANFRED GmbH
and receives support from ZIT - Vienna’s Technology Agency.