The notable title font “Grau Blau Sans” offered Planfred many years of good service and helped characterise its appearance. In view of the readability, but it’s time for the next step, and now we’re going to say goodbye to flourishes and unnecessary serifs. “Helvetica” is a flowing text script that also has also found a modern successor. 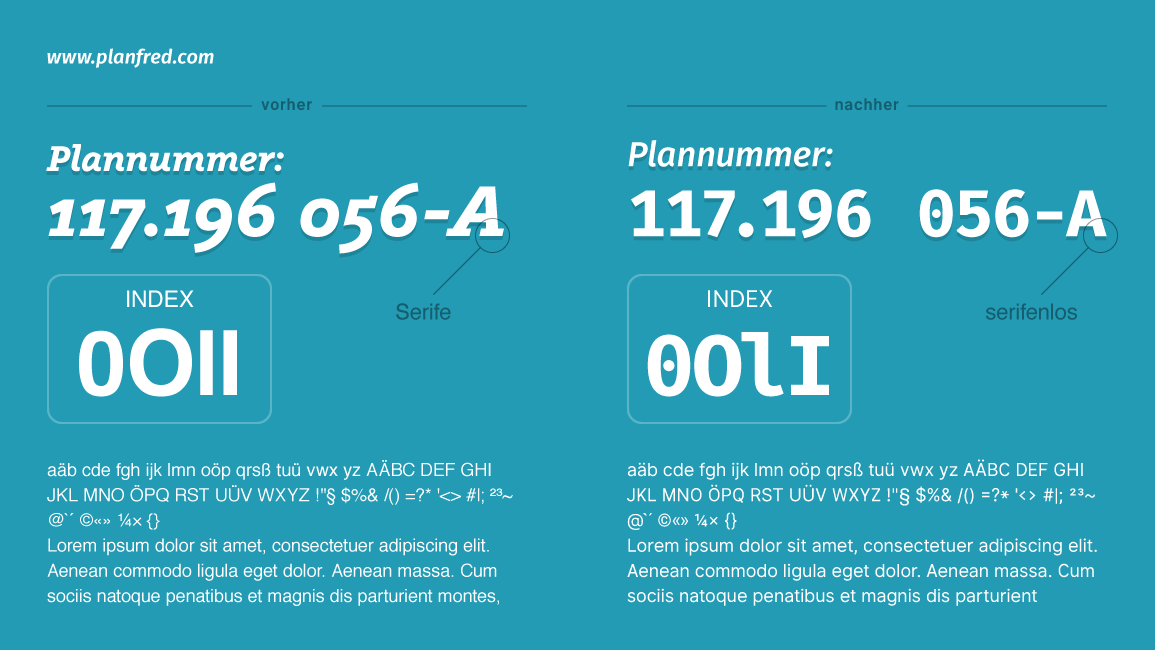 “Fira Sans” is now used for titles and buttons. This font is clearly sharper than its predecessor and increases the readability enormously, especially in case of numbers.
To round off the harmonious script, the font “Inter UI” has been applied as the main and flowing text. Specially designed for monitor viewing, this font is the ideal counterpart to “Fira Sans”.
Through the use of the fixed step font “Fira Mono” for plan index and number, confusion between the numbers and letters is prevented (e.g. “capital O” and “zero 0”).

Planfred congratulates the type designers on their outstanding and thanks them for their efforts with open source fonts and the resulting optimised script.

And one more exciting update

The newest version of the popular browser Firefox (https://www.mozilla.org/) is a milestone both in terms of performance (2x as fast as it was a year ago) and data protection! Planfred is celebrating with them and congratulates the Firefox team on its important contribution to the free web!

© 2010-2022 Planfred is a product of PLANFRED GmbH
and receives support from ZIT - Vienna’s Technology Agency.